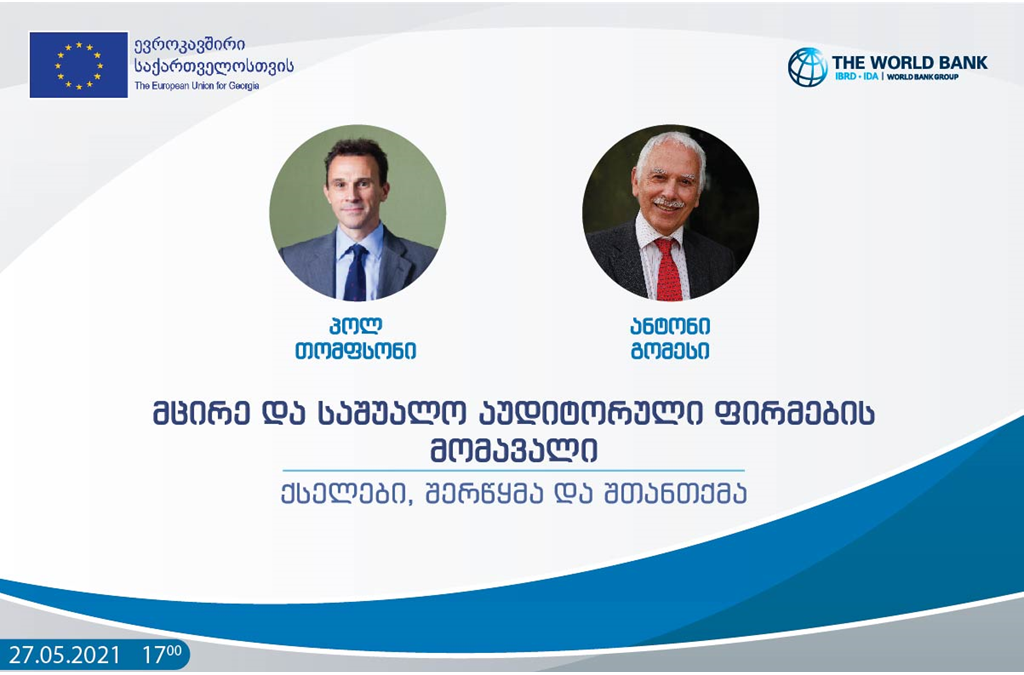 On May 27, within the frames of the European Union-World Bank joint Financial Inclusion and Accountability Project, the World Bank held another webinar for SMPs on Future of SMPs: Networks, Mergers and Acquisitions.

In module 4 Paul Thompson, Director, European Federation of Accountants and Auditors for SMEs (EFAA) and a World Bank consultant and guest presenter Antoni Gomez, International Chair of Auren looked at the use of networks, associations, mergers, and acquisitions to facilitate the growth of a small practice and how to plan for succession. Participants also learned what resources are available to help them including Module 2: Practice Models, Associations and Networks of IFAC’s Guide to Practice Management for SMPs.

As the content is relevant and useful to SMPs operating across the region, representatives of SMPs from STAREP countries i.e. Armenia, Azerbaijan, Belarus, Moldova, and Ukraine also attended the event.

Attending the webinar can be considered an unverifiable continuing education.

Video recording of the Webinar is uploaded on the Youtube channel of SARAS.

Following Webinars from the series will be announced on the webpage and social media of SARAS.